Tim Kennedy is a badass. A recently retired Top 5 UFC contender and member of the Army Special Forces, Tim chats about a number of things including how he got into MMA, training with guys like Chuck Liddell, his military service including Iraq and Afghanistan, what he thinks of Donald Trump and Hillary Clinton, and his entrepreneurial endeavours including Sheepdog Response, and Ranger Up clothing. 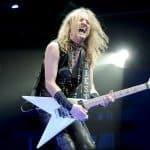