Pantera was arguably the heaviest, most popular band during the 1990’s. Ruling the metal scene for a decade, infighting gradually fractured the band. When the September 11 terrorist attacks happened they cancelled their tour, and Pantera would never play another show again.

Bobby Tongs was an insider in their camp. With them from the beginning, he’s best known as the videographer for their genre breaking home videos which continue to introduce new fans to the band.

I speak with Bobby about everything from the early glam days, the arrival of Phil Anselmo, the changing of their sound, their tours, Phil’s drug addiction, how the Down side project began to splinter the band, their break up, Dime’s gradual frustration with Damageplan, and Bobby’s relationship with the remaining band members.

This is the story of the world’s most important heavy metal band between 1990 to 2001. 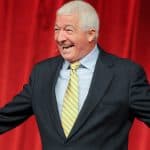